If you or a family member have been charged with murder, you need a law firm with a team of lawyers who have the qualifications and resources to launch an aggressive defense on your behalf. Murder is the most serious criminal activity that an individual can be charged with in the state of New York.

Murder convictions come with severe, life-altering consequences. Constructing a solid defense that has any chance of succeeding requires the skill and knowledge that only come with years of experience in criminal defense. While things might seem hopeless, a competent criminal defense attorney can help you protect your future and clear your name. There are effective defense strategies that we can put into place, and we will fight for you with every legal option available to us.

At Passalacqua & Associates, LLC, we have the necessary strength of resources available to investigate all aspects of your murder case. Call us today at (315) 500-6425.

What is Murder First Degree in New York?

New York law defines murder in the first degree as the intentional or premeditated murder of another individual. One of the determining factors of this charge is the fact the murder was planned and not the result of a “heat of the moment” action.

First-degree murder is a charge reserved for killing a police officer, judge, probation officer, firefighter, or any other type of first responder. The killing of anyone employed in this capacity qualifies as “special circumstances,” and the charge is automatically considered to be first-degree murder.

Over time there have been several legal challenges to the death penalty. Therefore, many judges are more inclined to sentence those who have been convicted of murder in the first degree to either life in prison or the alternative sentence of 20 to 25 years in prison.

Is There a Difference Between Murder and Manslaughter in New York?

There is a difference between the charges of murder and manslaughter in New York. Of course, both charges involve killing another individual. However, in legal terms, they are viewed as very different criminal actions.

The charge of murder involves the intentional murder of another person. Conversely, manslaughter is defined as the reckless killing of another person that does not involve the intent to kill. As opposed to the consequences for murder, the criminal penalties are typically less severe if convicted of manslaughter.

Are There Any Defenses for Murder in New York?

Because murder, regardless of how it is charged, is such a serious offense in New York, there are only a few possible defenses that can be used in court to defend against such charges.

One possible defense for aggravated murder is an emotional disturbance. In order for the court to take this defense into consideration, it would be necessary to demonstrate that the defendant was under extreme emotional distress at the time the murder took place. Therefore, it might be understood that the defendant had a reasonable explanation for their actions. Nonetheless, just because the court accepts a defense of emotional disturbance does not mean that murder charges will be dismissed; however, the charges could be downgraded to manslaughter.

Self-defense is also a potential defense in response to murder charges in New York. In order for self-defense to be considered in a murder charge, there must be clear evidence that the defendant reasonably believed that the individual who was killed was determined to cause deadly harm to them. In turn, the defendant must have felt that self-defense was the only option available to them at the time.

Why Should I Hire Passalacqua & Associates, LLC to Defend Me Against Murder Charges?

If you have been charged with the life-altering crime of murder, you need a criminal defense attorney who has the experience and qualifications necessary to successfully defend your case. Being convicted of any charge related to murder will have serious consequences not only on your life but for all of your family, friends, and other loved ones as well.

Our attorneys have a proven track record of being able to stand up to prosecutors and work to possibly have criminal charges reduced. Our law firm has the latest technology and many resources available that we may utilize in order to achieve an outcome that is favorable to you.

Contact our law offices by calling (315) 500-6425 to schedule a free strategy session with one of our qualified attorneys. We recognize that this is both a frightening and uncertain time in your life. We will review your case and make a determination on how to proceed forward. 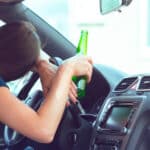 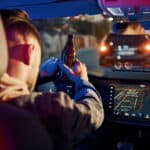 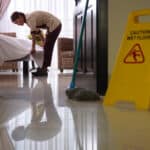